Cardinal McCloskey School and Home for Children is Founded

In 1946, recognizing there was an overwhelming need to care for these children, Cardinal Spellman of the NY Archdiocese reached out to the Dominican Sisters of Sparkill and asked them to administer and staff a home for children. He named the institution as a memorial tribute to the United States' first Cardinal, John Cardinal McCloskey, who is remembered for his apostolate on behalf of needy children as well as for directing the construction of St. Patrick's Cathedral in New York City.

The Cardinal McCloskey School and Home for Children, often locally referred to as the "White Plains Orphanage," provided safe shelter and education for 240 children at any given time. Children ranged from ages 2 to 9 years and came from New York City and the surrounding metropolitan area.

The Cardinal McCloskey School & Home for Children was formerly located on an 18 acre site on the corner or Mamaroneck Avenue and Ridgeway, next to Archbishop Stepinac High School where Gedney Commons condominium complex now stands.

It quickly became evident that children adjusted better in family settings and the Foster Boarding Home Program grew accordingly. Unfortunately, it was often difficult to find placement in family homes for older children and yet, these youth often did not need the structure of the institutional setting.

In the early 70s, many families were struggling to adjust to financial and social demands for mothers to join the workforce.

Today, the program provides subsidized daycare services to some of New York’s neediest families, often assisting mothers as they transition from public assistance into the workforce.

In the mid-1980s, CMCS became one of New York City’s first agencies to provide preventive services to at-risk families in response to the hundreds of abused and neglected children that were coming into foster care from backgrounds tainted with drugs, homelessness, neglect and extreme deprivation. In fulfillment of our mission to support families, the program provided intensive social services to keep families safely together while overcoming their dysfunctions and working toward breaking the cycles of family violence.

The program’s success led many other organizations to implement similar programs. Today, the number of children in foster care has been significantly reduced because of preventive services programs like ours. 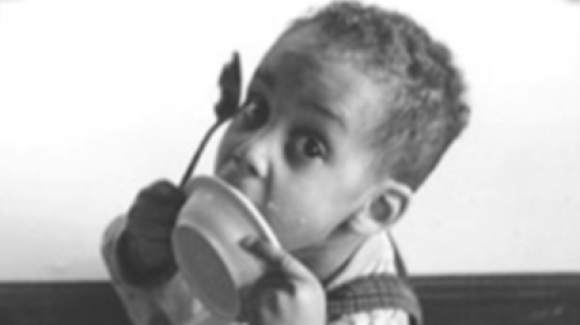 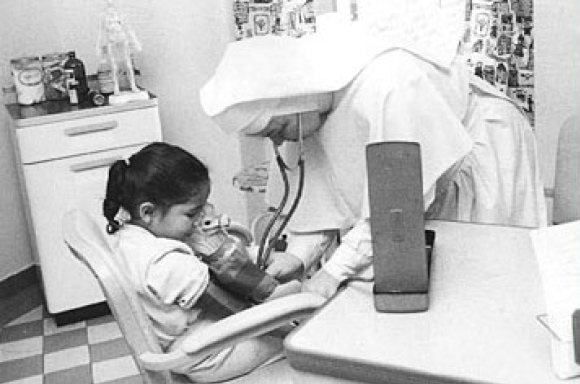 In the late 1990s, CMCS diversified services by opening group homes and a day habilitation program for teens and adults with developmental disabilities, respectively.

CMCS led the way once again, recognizing the need for specialized foster care for children with severe emotional or behavioral disorders.

In 2001, CMCS began to provide services to those with a history of emotional difficulties, opening a special residence for individuals dually diagnosed with intellectual disabilities and emotional difficulties. We quickly became one of the first agencies to provide therapeutic foster care and today, our Treatment Family Foster Care (TFFC) Program is the second largest of its kind in New York City.

In 2002, CMCS established a family-based therapeutic care program for children with emotional difficulties. While maintaining the highest standards of excellence, the breadth of programming offered by CMCS is continually expanding to meet the constantly changing needs of the populations we serve.

In 2008, CMCS implemented our Bridges to Health (B2H) Program, and in turn, became authorized as a Health Care Integration Agency. B2H was a state initiative designed to tailor comprehensive care plans for children in foster care with serious emotional disturbances, developmental disabilities, and medical frailties. Studies showed that more than half of the children in foster care have one or more mental health disorders (i.e. post-traumatic stress disorder), developmental delays and at least one chronic medical condition.

Our B2H program was designed specifically for these vulnerable children. This revolutionary program offered 14 additional services in these key areas aimed at improving their quality of life until they were 21 years old. B2H was the only program of its kind in the United States and Cardinal McCloskey Community Services was one of only five agencies to be chosen by the New York State Office of Children and Family Services to participate in this program.

In April 2009, CMCS again expanded when we welcomed the Little Angels Head Start Program, which aims to improve the lives of low income children and families by providing exceptional preschool education to three and four year-olds.

The goal of the program is to improve the lives of low income children and families by providing exceptional preschool education in half day, full day and extended day sessions. Children receive education, health and nutrition services in a classroom setting. The program also offers parent support services to enable them to help their children thrive in school. By the end of the year, CMCS merges with Little Angels Head Start programs to become the largest early childhood education provider in NYC.

CMCS was selected to participate in a New York State initiative implementing the Sanctuary Model.

In 2010, CMCS was selected to participate in a New York State initiative implementing the Sanctuary Model. The Sanctuary Model is a treatment and organizational change model, that integrates trauma theory, with the creation of therapeutic communities which provide safety for both children and staff who work with them.

Sanctuary training provides the basis for enhancing how we serve the children in residential services by taking advantage of what we know about human nature, healing from injury, the power of communities and the chaotic nature of change. Currently, we are in the process of ensuring that every single person at CMCS undergoes Sanctuary Model Training so that we can fully integrate the methodology into the operation of all of our children’s services programs.

In October 2011, CMCS opened its first Individual Residential Alternative (IRA) for young adults with Autism, an addition which continued to broaden our services offered for people with developmental disabilities.

Located in Ossining, NY, the residence was home to four young adults with Autism, two young men and two young women, who aged out of residential schools. When the home opened, CMCS worked to implement an Applied Behavioral Analysis (ABA) model of operation for this residence.

The home was staffed by professionals who have specialized skills that allowed them to understand the impact of environment and external stimuli on the behavior of the individuals in the home. The use of the ABA model in this setting was the first of its kind and its success provided optimism about the potential to replicate it. Our goal was that this program might serve as a model for other agencies to provide even more residential options for people with autism.

In 2012, we began the transition of our Head Start, Family Day Care, and Group Day Care Programs to an “EarlyLearn” model of service provision, whereby all of our childhood services will be based upon Head Start regulations and guidelines. EarlyLearn New York City is a city-wide effort that recognizes that early childhood programs play a critical role in supporting young children’s development and learning, and in preparing children for both school and life success.

EarlyLearn programs foster children's healthy and positive cognitive, physical, social and emotional development through adherence to high standards that give every child the tools they need to succeed and meet his or her full potential.

During our 75 years of service, CMCS has continually developed, implemented, expanded and enhanced programs to provide a continuum of care for children and families in need. Cardinal McCloskey’s reputation, demonstrated programmatic successes and prudent fiscal management have, on several occasions, led New York City and the Archdiocese of New York to ask CMCS to take over failing programs of other social service agencies.

Accomplishments include: being consistently ranked as one of New York City’s “Top 10” foster care agencies; winning awards for “Outstanding Achievements” in adoption services for more than 20 consecutive years; annually having several staff members win “Best Practice” awards from New York State and “local hero” awards from community groups; as well as having staff members serve as adjunct professors and instructors at local colleges and being elected as officers to local and regional industry organizations.

In addition, CMCS has been rewarded a Request for Proposal for the Federal Grant Program to service Uaccompianied Immigrant Children and has added the Article 31 "McCloskey Cares" Mental Health Clinic to support increased mental health service delivery and integration of services.

Since its inception, CMCS has been a leader in caring for New York's neediest populations while demonstrating an outstanding ability to steadily meet society’s changing service needs and simultaneously maintaining fiscal stability. We look forward to continuing this history of success long into the future.

Please contact us with any questions you may have about those we serve or the work that we do at Cardinal McCloskey Community Services.